A dental cleaning is a procedure done by dentists to get into hard to reach areas of the gums and teeth in order to remove bacteria and food debris. Dental cleanings should be scheduled at least once per year, so that patients can have plaque and tartar scraped off of their teeth. Plaque is a hard substance that adheres to the surface of a tooth. Too much plaque and tartar can cause gum disease and problems with teeth. A dentist has special tools that can remove this plaque and tartar so that teeth are fresh and clean again. Because plaque and tartar buildup happen on a daily basis, patients should still brush and floss regularly.

During a dental cleaning the dentist will get inside the hard to reach areas and clean out the spaces in between the gums and teeth. If the patient is suffering from gum disease or early gum disease, a deep cleaning, periodontal scaling or root planing may be administered. In this procedure, the dentist gets into the flaps of gum under the tooth and into the pockets where bacteria can hide. A patient with pockets deeper than 4 mm is usually recommended to have a root planing or scaling. Patients with periodontal disease may need to have more than one cleaning per year.

The problem with periodontal disease is that often the progression is painless. As a result the affected individual may not be aware of an ongoing disease process. This is why it is so important to recognize the signs of the earliest stage of periodontal disease, which is gingivitis. The symptoms of gingivitis typically include red, swollen and bleeding gums. Treatment instituted at this point is often sufficient to reverse the course of the disease and to avoid any permanent damage to the periodontal tissues. A series of deep dental cleanings, an improved home care regimen, and a commitment to regular maintenance may be all that is required to prevent this stage of periodontal disease from progressing.

Left untreated, gingivitis can escalate into periodontitis. However, there are other factors that can contribute to the escalation of periodontal disease, including smoking, genetic tendencies, and unchecked diabetes. In either case, when periodontal disease has progressed to a more advanced stage there is usually clinical and radiographic evidence of damage to the bone and soft tissues supporting the teeth. Periodontal treatment in this phase is designed to halt the progression of the disease and to restore tooth support as possible. This may involve medications to control the bacteria and reduce the size of the pockets between the teeth and gums, gum surgery, as well as bone and tissue grafts. 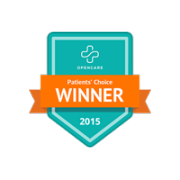